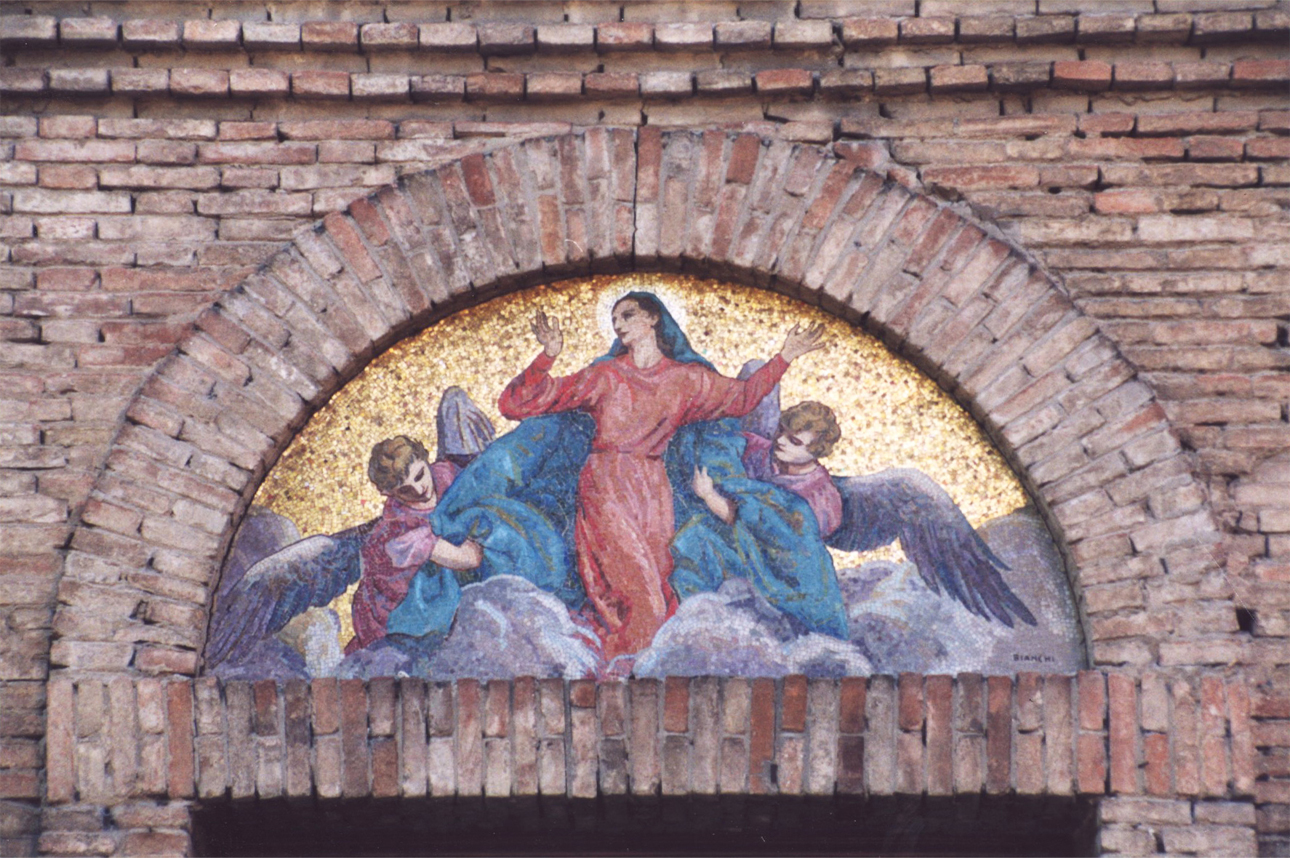 In the Castle’s grounds, patient archaeologists have unearthed St. Bartholomew’s church, patron saint of Formigine, and its old cemetery. The church was fully developped in the second half of the XIV century when the bell tower was rebuilt. With the advent of the Pios, a gradual dismantlement of the settlement began and ended with its reconstruction outside the Castle’s walls. The church was turned into a nobles’ chapel, while on the outside, just opposite the Castle, the actual church of St. Bartholomew was erected.

In the Castle Museum, the burial room reports the history of the church and of its cemetery. With its multimedia installations, the rite of medieval burying is enacted, while also attending to the resurfacing of archaeological findings from the earth, which are now part of the museum’s collection.

Quite possibly, the fresco named Our Lady of the Stronghold, dated around the first decades of the XV century, was situated in the parish church. It was later relocated in the marquis’ palace, during the restoration occured in the aftermath of World War II. 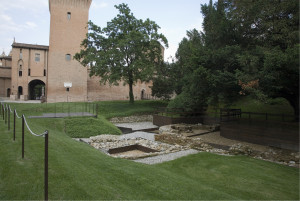 The actual St. Bartholomew church became the parish of Formigine in 1575. After an earlier renovation in 1688, the church underwent a radical restoration under the ducal architect Gian Maria Ferraroni, known as “il Brigo”(1662- 1755), whereas the facade was completed only two centuries later. 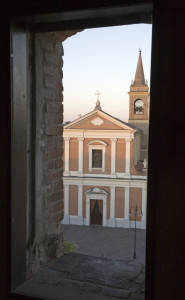 Church of the Holy Annunciation

Started as a simple oratorium in 1546 out of the Castle walls and dedicated to the Annunciation, it was then extended during the XVII to becoming a true church. After raising a bell tower, the building was then decorated with frescoes, stucchis and scaglioles. In the XIX century the church underwent two wall reinforcements and a restoration. The painter Luigi Manzini (1805-1866) portrayed St. Liborio and St. Geminiano as well as the Redeemer in the large canvasses contained in the church.

In the XX century, the building was thourougly modified. To make way for via Giardini, two spans were cut off, losing the bell tower, the organ, the side altars, the frescoes and the 1700’s ornamentations.

The little church keeps the Annunciation, one of the most interesting paintings of the beginning of the XVII century in the Este’s jurisdictio. This worked is ascribed to a promising Bartolomeo Schedoni (1578-1615). He was probably born in Formigine first and worked in the court of the Duke of Modena, Cesare d’Este, and later in the one of Ranuccio Farnese, Duke of Parma and Piacenza. He grew artistically combining the mannerism of Nicolò dell’Abate, the teachings of the Carraccis and the luminosity of Caravaggio. He made altarpieces, easal paintings, secular works, fresco cycles, most of which are now lost. Restless and riotous, he led a troubled life, which ended tragically, probably committing suicide. 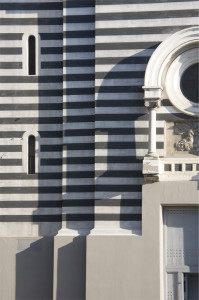 The earliest records of the Conventino (the convent), date back to 1577, when the Community covered the expensens of the renovation of the building, that included a small oratorium and a nunnery belonging to the Servi di Maria since 1525.

Later the whole compound was handed over to the Town’s parish, becoming home to a newly established brotherhood, the Confraternita delle Sacre Stimmate (1693). One of the priors was the Marquis Mario Calcagnini (1712), owner of the Castle of Formigine.

During the first decades of the XVIII century, the oratorium was rebuilt by renowned ducal architect  Giovanni Maria Ferraroni, and embellished with a fine stucco decoration.

Heavily damaged during the Second World War shellings, the convent was to be reopened to the public in the 1950s. 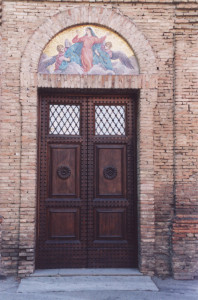 Since the restoration of the oratorium built in 1510 next to Porta del Borgo by the drawbridge, a small church rose under the input of the Confraternita di San Pietro Martire. This church was named after the Madonna delle Grazie (1581). A devotional fresco of the Virgin with the Child, including the stone block, was lifted off the wall adjacent to the toll collector’s shelter and placed into the church.

In 1617, the ducal architect Pasio Pasi da Carpi planned an extension of the sacred building, which by now was called Madonna del Ponte. Carlo Guastuzzi, master of intaglio carving, is the author of the wooden canopy, known as the “casamentino”, intended to accomodate the picture of the Madonna del Ponte, seated behind the main altar, designed by Tommaso Loraghi (1607-1670) from Como. The church houses several other altarpieces, canvasses and sculptures. 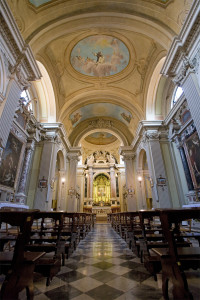