Comune di Formigine / art and culture  / Churches in the villages

Churches in the villages 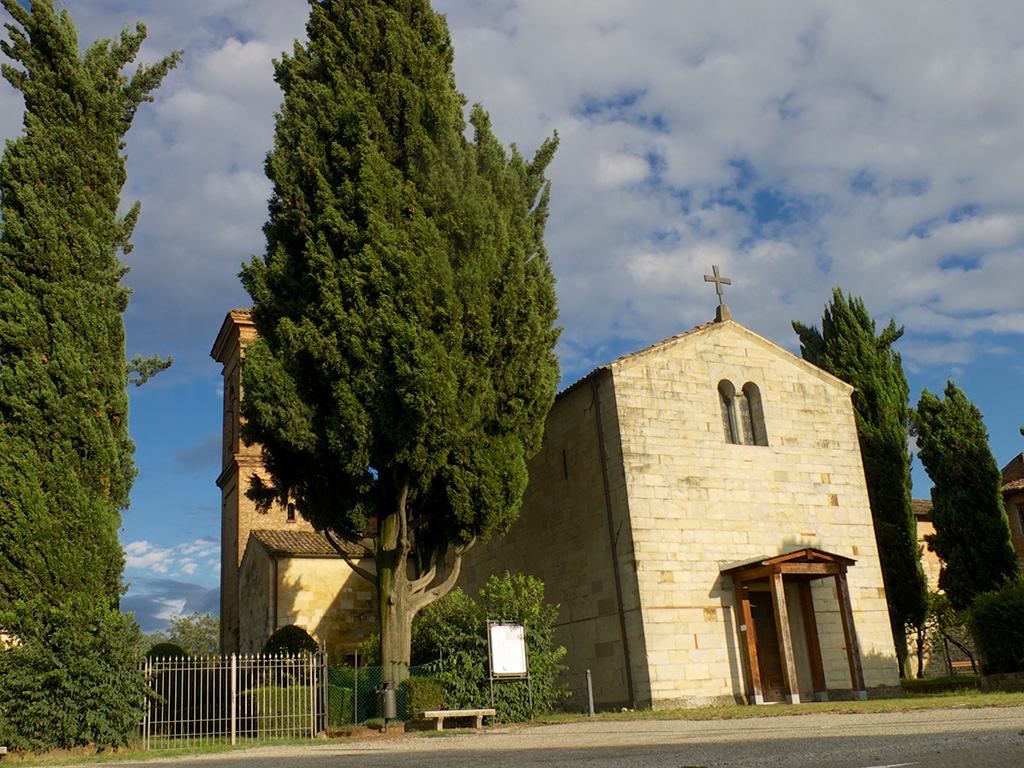 Built on terramara land, Casinalbo’s church is dedicated to the Assumption of Mary and was completely restored in 1521. During the following centuries it has undergone further renovations.

Inside in the upper section you will find a noteworthy altarpiece picturing St. Geminiano sustained by Angels, which, before being cut horizontally, portrayed the Saint in very act of leaning toward the city of Modena. The picture of St. Geminiano is of remarkable quality and is ascribed to the mature phase of Francesco Stringa (1635-1709), a painter from Modena, whose work points to the great Emilian pictorial tradition (the Carraccis, Guercino, Lanfranco). 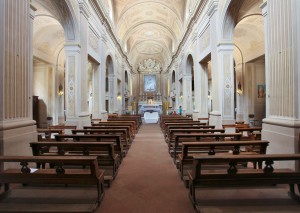 The parish church of San Giacomo (St. James), is one of the oldest monuments of Formigine. This is a single nave church with a bell tower attached, that has been brought back to its original Romanesque appearance. Of the ancient building the external sandstone ashlars cladding and the small but visible mullioned window between the church and the parsonage are still maintained. The facade was totally remade during the 1963 restoration.

The history of the village of Colombaro is tied to the foundation of the parish church of St. James, during the Matilde of Canossa countship, as is recorded in a 1127 document. Besides the church and the convent, the ecclesiastical complex included a hospice for pilgrims, as was already quoted in several documents in 1162.

Probably, due to its geographical position and its dedication to St. James (recalling the more famous Santiago de Compostela), this place was a leg in the medieval routes traveled by pilgrims either directed to Rome or Jerusalem. Presently the church of Colombaro is part of Transromanica, one the great European cultural trails. 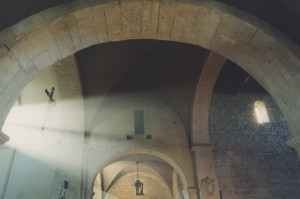 The church is dedicated to St. Martin of Tours and, after the 1181 papal bull, was one those churches who were liable to the Modena cathedral.

The modern building and its bell tower were designed by the ducal architect Giuseppe Maria Soli, who had been working on it from 1799 to 1824. The church has a three-nave plan with as many altars. On the left one you will find a canvas picturing St. Martin and the poor man, painted by Domenico Baroni in 1843.

Around the middle of the XIX century, there were also two paintings by Luigi Manzini from Modena. The picture of Madonna della Neve belonged, according to tradition, to an old kiosk turned into chapel in the XVII century. The chapel was later transformedo into an oratorium and eventually into a church. The XVII century organ is attributed to Agostino Traeri. 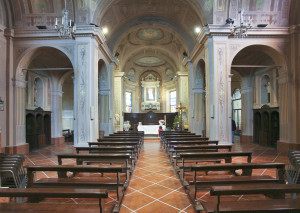 This parish church is tightly bound to the origins of the Magreta settlement, which featured an old castrum. This was reinforced in the XIII century by Council of Modena to defend the access to the river Secchia from the rival city of Reggio Emilia, in the aftermath of the defeat suffered nei the Sanguineto bridge on the Corlo canal.

In the Sala delle Vedute of Spezzano’s Castle, if you take a look at an end of XVI century fresco picturing all the fiefs of the Lord of Sassuolo Marco Pio and  at a 1779, you will be able to imagine what the castle, the church and the village of Magreta looked like.

Following the restoration of the complex, the remains of the long lost castle resurfaced. The structure of the Church of Magreta, dating back to the beginning of the XIX century, still shows the facade of the old church of S. Maria in Castello.

Particularly significant is the painting of the crucifixion attributed either to  Francesco Madonnina (1560 ca.-1591) or Domenico Carnevali (1524 ca.-1579) of Sassuolo. 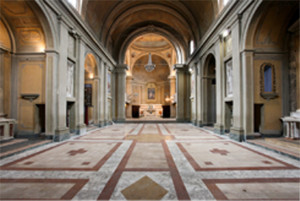