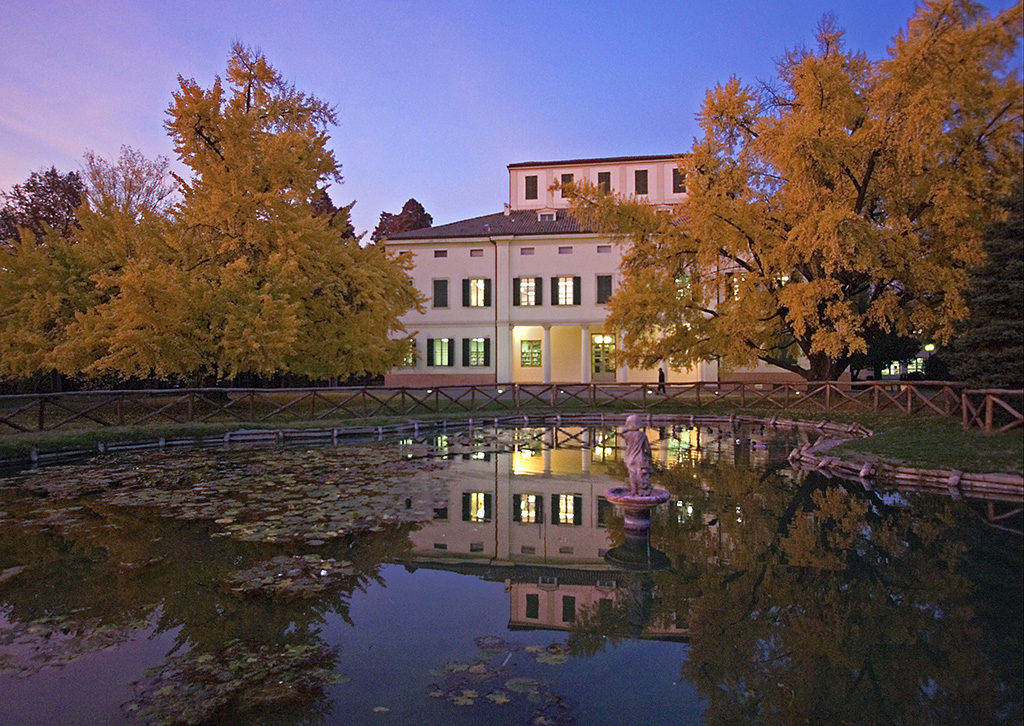 The Gandini villa lies at a short distance from the centre of the town. Magnificiently built in neoclassical style, the villa is immersed in the Resistenza park. The Gandinis, a noble family hailing from Modena and tied to Dukes of Este, were instrumental for how the country house looks. They acquired the villa in 1791.

The building was designed by the architect Francesco Vandelli and it still contains paintings, bas-reliefs and decorations made by famous artists and architects in of the time. Today the Gandini Villa houses the Local Library.

The Villa is one of more than 80 historical villas and dwellings scattered in the Formigine area. Some of these ancient buildings date back to the XVI century. The Gandini Villa is open during the opening times of the Library. Guided tours only if booked. 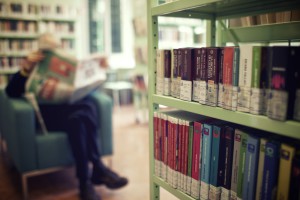 Upon entering the country house, what is most striking is the beauty of the fully neoclassical frescoed lobby. The lobby is on two levels with an elliptical opening of the vault which is supported by four pillars finished marble-like scagliola stucco.

The entrance is further adorned with four mid XIX century canvasses depicting Old Testament scenes, all painted by Domenico Baroni, who was a pupil of the better known painter Adeodato Malatesta, from Modena. 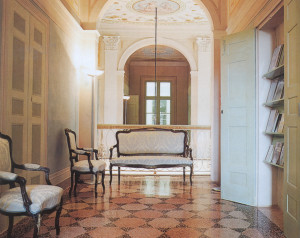 The reception hall presents the same two-level structure of the lobby with a gallery. Here you will find two exquisite bas-reliefs ascribed to the refined sculptor Luigi Mainoni, active in the first half of the XIX century.

Right at the centre of the ceiling a tondo portrays the mythological characters of “Love and Psyche”, painted during the 1880’s by set designer and decorator Andrea Becchi. In the upper storey eight bas-relief like canvasses depict a cycle of Old Testament scenes, all realised during the second half of the XIX century by the painter Luigi Manzini. 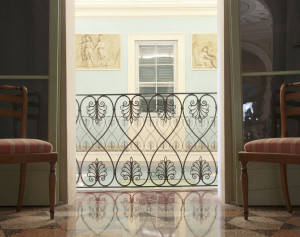 Worthy of note is the dining room, designed and realised by Andrea Becchi and commissioned by the intellectual Count Luigi Alberto Gandini. The latter was so eclectic that one of the most important Italian collections of ancient fabrics, presently kept in the Art Museum of the City of Modena, owes its existence to him.

The wooden furniture covering the walls shapes the rectangular room into an ellipse. More floral themed frescoes decorate the ceiling and segments of the walls. 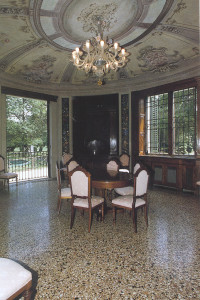 Next to the stately house surrounded by tidy and in vogue gardens, lie farm buildings and utility premises: the farmer’s house, the stables, the store houses and the barns.

Today these buildings have been converted to other purposes. The ground floor is home to the Children’s Library Matilda and a the café; the first floor houses Hub in Villa wich is a coworking place and the music rehearsal studio. The barn is home to the Environmental Education Centre “Il Picchio”. 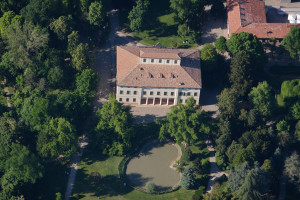 The garden is the broadest section of the Resistenza Park, that covers over a 100.000 square meters.

Count Luigi Alberto Gandini, owner and gardening enthusiast, defined in the 1870s the actual extension of the garden. The three ponds, one of which placed between the two majestic Gingko Bilobas, owe their existence to him.

In the 1960s the Agazzottis modernised the structure of the garden. To this day the community refers to the villa as Agazzotti Villa, in memory of the latest owners.

Later, the Local Administration acquired the Ville to house the Local Library, named after Daria Bertolani Marchetti, a famous bothanist and palinologist from Formigine, who had directed the Bothanical Gardens in Modena and redesigned the Gandini garden into a more English garden.

The garden is open all days. 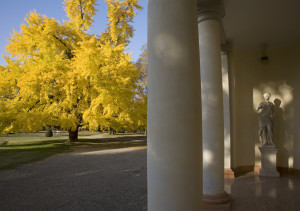