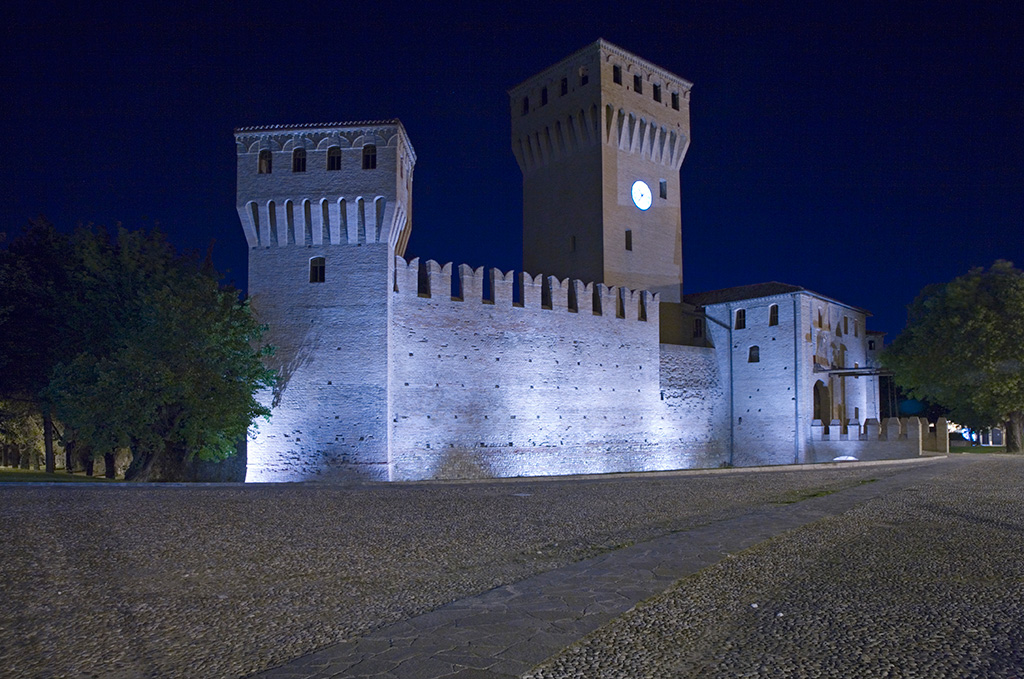 The stronghold is the nuclear matrix of the whole complex. It coincides the most ancient phase of the foundation of the castle and in particular to the XIII century phase realized by the Council of Modena. The excavations have brought to light most visibly the foundations of the pebble walls, witha a moat dividing the castle from the medieval hamlet, lying where now we find the inner park. The rocchetta comprises the clock tower, the courtyard, the guard house and the south-east tower. 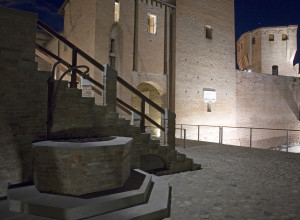 The small courtyard, inside the stronghold, connects the clock tower to the south-east tower. It is surrounded by an external wall with swallow-tailed battlements. The courtyard is also the entrance to the Castle’s Museum and welcomes visitors with sounds and voices from the medieval village. 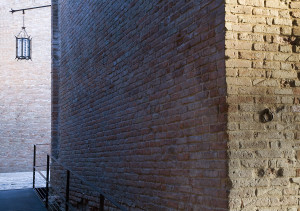 More than 30 meters tall, the tower is the keep of the Castle. It is the tallest and most robust tower, used for the extreme defense of the stronghold. The present structure belongs to the XV century, during the Pio lordship. The Pios were one of the most important aristocratic dynasties of Po valley during the both the medieval and Renaissance eras. The tower houses a section of the Museum. 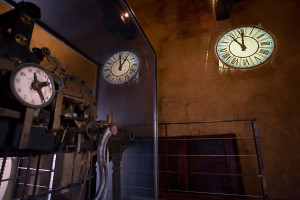 Positioned on the last floor of the tower, since 1524 the bell is coupled with the great clock. The clock-face was painted, but in 1936 it was replaced by another machinery with a glass face. At present the machinery is completely visible, even though it has been replaced by an electronic system. 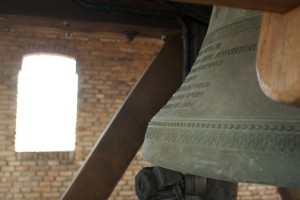 The guard house is a connective architectural space between the stronghold and the marquis palace. The latter was built during the latest phase of ruling of the Pios of Savoia.

The guard house is a strategic post to defend the entrance. Here the drawbridges were lifted and the captain of the guard and his soldiers would protect the people and the land. 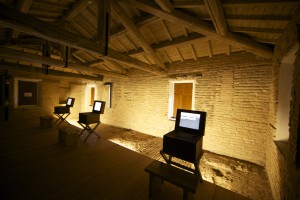 The south-east tower is part of the stronghold. Built in the XIV century, the upper part started to be rebuilt in 1951, after being cut off in the mid sixteen hundreds. The tower’s ground floor was used as a prison for centuries.

It houses the archaeological investigation section of the Museum. Here you can see how the dig uncovered the original village, St. Bartholomew’s church and the medieval burial ground. On the last floor of the tower, you can appreciate the view and try to imagine what the landscape looked like to the medieval people, thanks to the “virtual windows” of the Museum. They show the ancient maps of the land, kept in the historical archive. 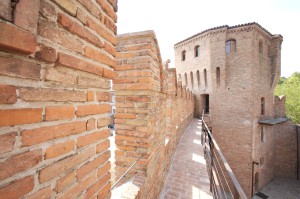 The palace relates to the phase in which the castle turns from a fortification into a stately palace. The medieval hamlet is progressively dismantled to make room for a spatious garden overlooked by the palace. It was the old and noble Pio dynasty who realised this transformation. Having served in the military under the Duke Ludovico of Savoia, against the Duke of Milan Francesco Sforza, the Pios could boast the title “of Savoia“, from the middle of the XV century.

The Pios bestowed the present structure to the complex: they finished the surrounding polygonal walls with angular turrets and an imposing tower over the entrance. The rocchetta was built upon the foundations of the XIII to XIV centuries castle, including a tower, a house of guard, and the ravelins (the specific buildings that contain the drawbridge’s mechanisms).

It is defined “marquis’ palace” because in 1648 the palace was appointed to the vassals of the Duke of Este, the Marquises Calcagnini.

Presently, the palace houses the places used by the community: the Council chamber, the hall used for weddings and cultural meetings, the Museum’s reception and Tourist Centre. Finally the restaurant with winebar, where you can taste the typical local food and wine.

The sacred image of Our Lady of the Stronghold is kept in the great loggia on the palace’s first floor. This XV century fresco is of an unknown author, and it could easily belong to the hamlet’s church within the walls. The renovation revealed traces of wall decorations in various locations of the palace. The castle was in fact extensively coloured and decorated in sparkling and vivid hues in a typical medieval fashion. 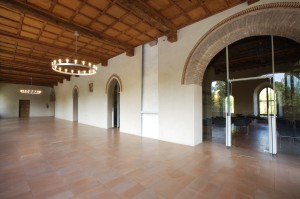 The tower has undergone many transformations. The walls testify it. It was built on a previous XIV century tower. Below the flooring, archaeologists have discovered an underground room, whose entrance is still visible. Legend has it that this was a secret passage for escaping beyond the walls when in danger, although scientific enquiries have not confirmed this hypothesis. It is more likely that the room was used to store food supplies and of other kind.

You will find a XVIII century room with paintings and fine decorations on the first floor. This was the marquises’ bedroom. The Calcagninis owned the Castle from the XVII century to 1946, when the heirs handed it over to the Municipality of Formigine. 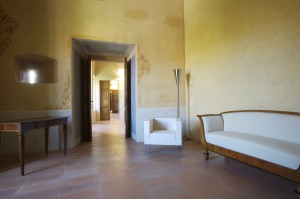